I’ve snuggled into this sofa on three separate occasions to write this email, but the words just haven’t been coming. I wasn’t sure what I wanted to talk about or how I wanted to say it. So I haven’t. Writing, for me, can’t be something that’s forced. It either needs to come from a natural place of authenticity or not at all. I don’t want to flood your inbox with crap. You get enough of that as it is.

But now, after spending some time rolling some thoughts around in my head, the words are beginning to come together. The sentences are starting to make sense and the picture is becoming more clear. I realized I was having such a hard time verbalizing my thoughts because they’ve been so scattered. I’ve been feeling overwhelmed. Too many murky emotions not yet identified to nail them down into coherent letters and phrases.

For those of you unaware, I’m moving to New York City to work alongside Jordan Syatt this weekend. If you don’t know who Jordan is, rest assured the guy is an absolute stud in the fitness space. Not only is he a five time world record powerlifter, but he also travels the world with entrepreneur mogul, Gary Vaynerchuk, as his private personal trainer.

In addition to running an incredibly successful online coaching business, Jordan is also one of the good guys who genuinely cares about his client’s success above anything else. And that’s exactly the kind of person I want to hang out with as I continue to advance my own career in online coaching.

Anyway, these past couple of weeks have been tough, but today was particularly trying. I was at my Mom’s house saying goodbye to my two rescue cats when I completely lost it. I’m talking the snot-nosed ugly cry, y’all. It caught me totally by surprise. I didn’t realize I had been suppressing so many unresolved feelings. Juggling the chaos of selling my car, moving things into storage, and getting my financial dealings in order was so distracting that I completely neglected to check in with myself to see how I was doing.

In that moment, I began to think about how I’d miss those daily walks along the lake by my house. I thought about missing my newly discovered jiu jitsu family and the Mardi Gras parades with friends. I also thought about the wonderful world of LSU tailgating and the traditional crawfish boils in the spring. 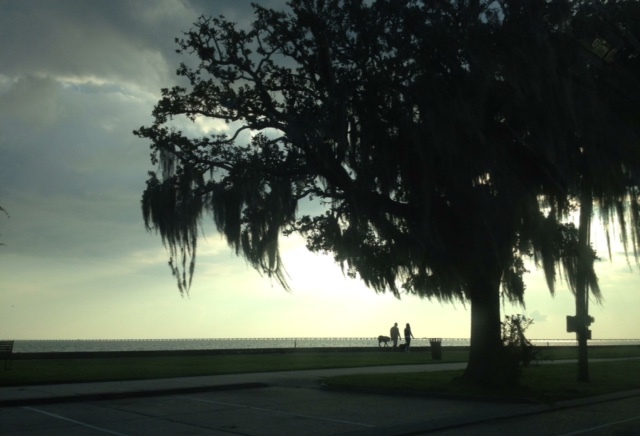 I thought about my clients. There’s Holly who overcame suicidal tendencies and went on to conquer all 2,180 miles of the Appalachian Trail, there’s Kristen who is battling Cystic Fibrosis and uses exercise as a pathway to extend a shortened life expectancy, and then there’s Brea who just won the European National Championships in brazilian jiu jitsu this past weekend. There are others, of course, and each of them have all deeply impacted my life in a unique way.

These are the same individuals who have been by my side for years, who have watched me grow (both personally and professionally), and who have put their trust in me and my skill set. They are family. And it’s my deepest hope that I’m leaving them better off than when I found them — that in some small way, I have affected their lives in the same way that they have affected mine. 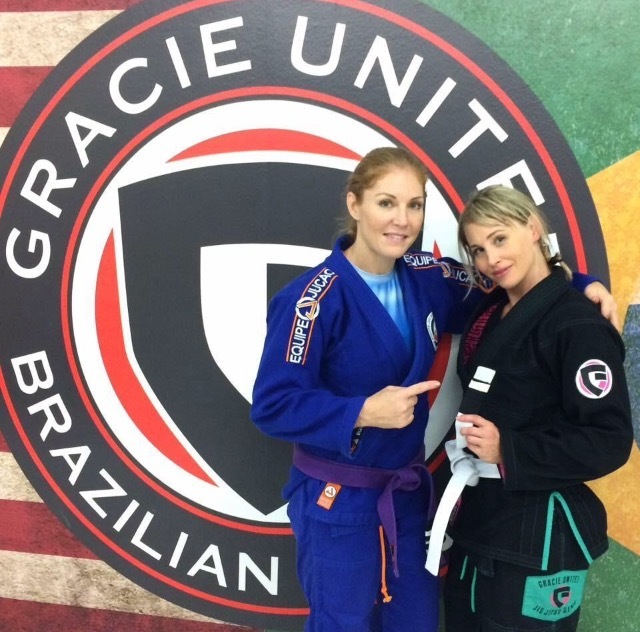 So, yes … there have been tears. And red eyes. And runny noses. Walking away from these relationships has been hard. Particularly because there is no guarantee that the life awaiting me in New York is going to offer the same happiness that my life in south Louisiana currently does.

Maybe things aren’t going to be amazing. Maybe I won’t be able to afford it. Maybe people won’t be interested in what I have to say and I’ll be forced to move back home in my parent’s basement.

What if that self-doubting voice in my head is really just a self-sabotaging asshole?

What if it does all work out in the end? What if I do learn the necessary skills to be a real bosslady someday? What if I meet my next love?  What if I rescue another pet and find a new route I love to walk?

The possibilities are endless. But it’s scary. And it’s even harder without my daughter.

So many of you have inquired about Sidney and whether she’ll be joining me in NYC or not. And to be honest, it’s been a conversation that I’ve been avoiding.

How do you tell people that your daughter thought the grass would be greener on her Dad’s side of the fence without the context of the past 15 years? Without understanding the full story, people hear a Mom doesn’t have possession of her child and they automatically assume she’s negligent and lost custodial rights.

But in my situation, that’s definitely not the case.

Last August Sidney blind-sided me with a strong desire to move to Utah to see what life was like with her Dad, his wife, and their two kids. She has always wanted to be in a traditional family setting, so I understood where that desire was coming from.

As much as it pained me, I didn’t feel it was my place to tell her no. I feared she would grow to resent me for not giving her the opportunity to develop those meaningful relationships. She’s always been an emotionally intelligent kid, so when she asked me with tears rolling down her cheeks, I knew she was serious.

For those not in the know, I single-handedly raised Sidney since infancy. I was never married to her father and he spent her early years being young and dumb. Which is just a nice way of saying absent.

So when I say she and I did everything together, I mean everything.

Not having her by my side now means I constantly feel as though something is missing. It’s weird to wake up without having to fix her breakfast before school. I no longer get to pick her up from school and talk about her day over frozen yogurt. A huge portion of my life revolved around this little lady — the last minute homework assignments, the homemade Mother’s Day cards with backwards letters, the eskimo kisses, the star gazing, the teaching her how to roller-skate, and the Saturday afternoons in the book store. Without her, my days have been a lot more quiet and a lot less colorful.

But those are the selfish reasons for wanting her home with me.

Logically, I understand why she wants to explore the relationship with her Dad and I’ve always encouraged it. She’s entitled to it. I know it’s particularly important for her development at this age, but as a Mom in my position, you really can’t help but to feel you went terribly wrong somewhere when your kid is okay with leaving you.

So, when it seemed as if she was adjusting well and making friends in school, I had begun to take the steps necessary to follow her out to Utah. For the first time in 15 years, it was time to give this whole co-parenting thing a try.

But then Jordan came knocking … and here we are. Plans changed. And now, instead of Utah, it’s New York City.

And the kid? She’s totally pumped about the possibilities. She’s been nothing short of supportive. She wants see her good ol’ Ma chase her dreams and succeed. And I want nothing more than to do it for her, too.

Sid and I will continue Facetiming every day as we always do. And there will be many sky miles back and forth between us. She knows she always has a warm bed, burnt food, and bad jokes waiting on her if she decides to come home. My arms and heart will always be wide open for that little nugget.

So, I welcome you to join me as I set my eyes on this next adventure of my life. I don’t know what’s going to happen, but I do know it’s going to be a helluva ride.

Buckle up and put on a condom.

Next time I’ll be writing you from NYC…